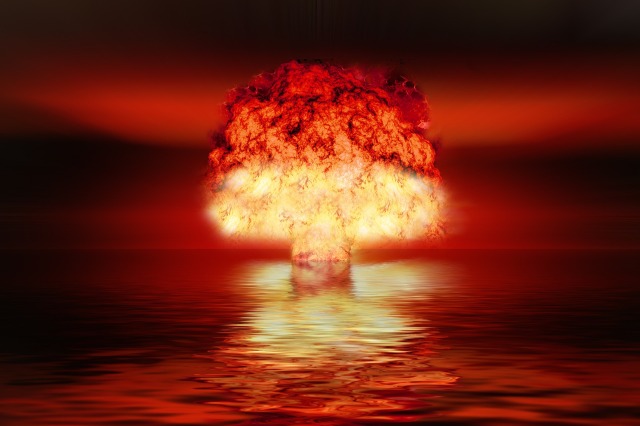 today i was told:
shampoo is okay to use,
conditioner not.

graven inamorata
half-sung by runt and his duck.

News headlines these days are depressing, among other things: about the devastating deluge in swaths of Texas, and North Korea’s Kim Jong Un, that boy king deeply enamored of his deadly toys, firing a test missile again, and this time, provocatively over northern Japan’s Hokkaido. It gives us little consolation that technology already exists for interceptor missiles that can shoot down ballistic missiles before they reach their targets. Even the prayerful wise words of Max Ehrmann’s Desiderata cannot be sobering enough at a time when the scenario of powerful mad men with their fingers on the buttons of nuclear weapon launchers is now more real than ever before, powerful mad men whose inamorata would probably be something like this:

…go violently amid the calm and rest,
and remember what distress there may be in discord.
beyond the impossible do not surrender
be on worst terms with all persons.
speak your lies loudly and darkly;
and turn away the others,
even the bright and the literate;
they won’t have their story…