Babel Rising: 3 – There were days when

Posted on February 16, 2018 by sandstarsblog 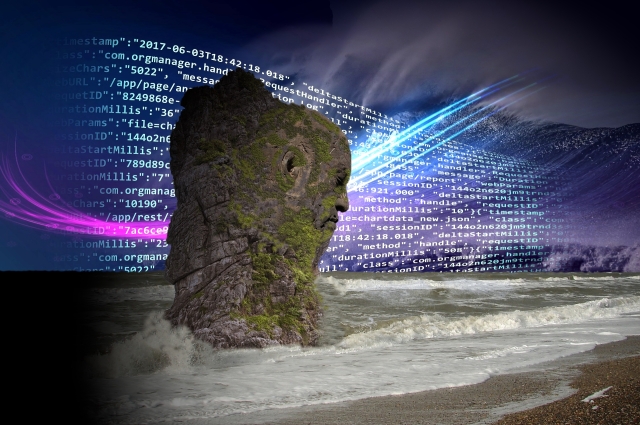 Graphics is a mashup by SSJ from pixabay.com pictures contributed by xresch, PublicDomainPictures,  RogerMosley and Marisa04

3 – There were days when

There were days when Salm felt that his father gave him the personal agent for a grand but mysterious purpose, maybe deeper than the purposes of those characters in that classic cult film, “Men In Black.” Over the past year though, Salm had learned to apply the agent into more straightforward and less grandiose uses. The best use he had of it lately was when he fed it in great detail with his preferences about music and songwriters, and let it loose on the Net before retiring for bed at night. In the morning, the sound system embedded in his favorite pillow never failed to wake him up with some of the best, according to his taste, fresh songs and tunes that he was hearing for the first time. Most of the artists that his agent picked out were unknowns, which suited him better than the more hyped but commercialized hits.

Most of the time, Salm used his personal agent to help him with research for school term papers and filter down long reading materials into more sensible, concise constructs. It worked well with dissertation papers, business reports, history and scientific papers, but did not exactly yield the results he wanted when it came to creative writings. On several occasions, he had used the agent to negotiate the purchase of made-to-order sports gears like that mountain bike his mother so vehemently objected to. His mother had said then, I know this is a big country and that it naturally pulls you out of the house to want to explore and adventure, but until you can pay for your own hospital bills, don’t try mountain biking yet. He argued with his mother that he had already logged at least 100 hours on the Net doing mountain biking in all kinds of terrain. He had read and heard all the tips from experts and had even joined newsgroups to discuss issues he felt were not adequately covered by Web sites. He was never in doubt of the quality assurance of the MonteCome Company that sold him the bike. He did not exactly know how his mother pulled it off, but the day after their argument, on the breakfast table, she produced several pages of news clippings, company reports and photographs indicating that the MonteCome Company was using child labor in a Pacific island camp that was secured by heavily armed guards. Since that time on, Salm had developed more respect for his mother’s microwave oven.

Sometime this week, he thought to himself, I need to show Mother how to program her microwave appliance to retrieve some alternative rendering of the classical tunes she likes most.

In the meantime, Salm needed to write Anis a love poem. He learned in Literature class that she liked poetry, and it seemed that sending her a poem or two was a good start to get in touch with her this summer. She had given him an e-mail address where she could be reached during her vacation, and he wanted the first summer e-mail to be a memorable one. But it had been several nights now that he had sat staring at the blank tabletop. Every night, he adjusted its surface tilt probably over a hundred ways between 0o and 180o and wrote and re-wrote the opening lines but always ended up zapping them out of the screen. He would have wanted to be original but the juices were simply not flowing, even when the sea down at the beach outside his window beckoned alluringly. I have never been good at this, he grumbled.

Finally, Salm decided to send his personal agent out on the Net. There is no harm in starting with a good poem and improvising on it, changing words here and there, inverting lines around a thought, shifting rhythms forward and backward until it did not look like the original poem anymore. He recalled that there was even a recent service advertised by one utility company that could morph several written articles into a new article with a completely fresh perspective, and nobody called it plagiarism.

The criteria Salm gave to his agent were not too restrictive, but he also did not want to give the agent too much search time on the Net lest it show conspicuously on the information bill at the end of the month. After stating that his purpose was a PERSONAL SEARCH, he quickly typed in LOVE POEM, LONGING, DISTANCE, CONTEMPORARY UNPUBLISHED AUTHOR and, staring outside at the calm beach under the moonlight, he gave it 30 minutes max to move around and fetch him something not more than 50 lines of poetry. As he tucked himself into bed, Salm hoped that the Qualia agent would, by now, have known sufficiently enough about his personal preferences to bring forth something pretty close to his heart during its first forage.

Babel Rising: 1 – In a time and place

Babel Rising: 2 – Now that he was growing

Babel Rising: 5 – In the evening 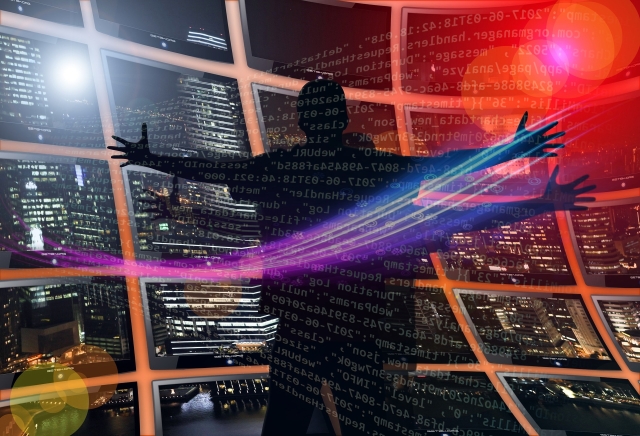 Graphics is a mashup by SSJ from pixabay.com pictures contributed by geralt, PublicDomainPictures and xresch.

10 Responses to Babel Rising: 3 – There were days when